The Fortnite Craze! Should we be worried?​​​ 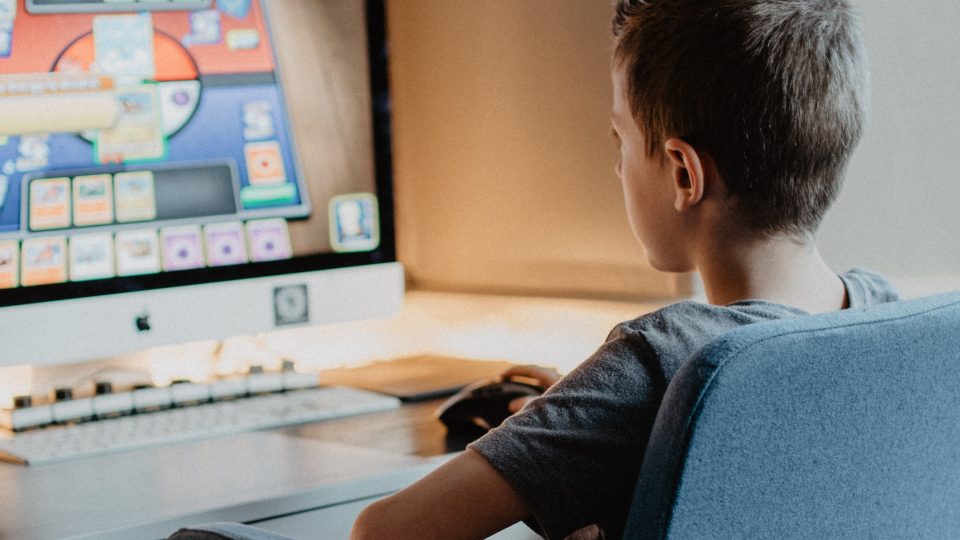 Chances are you have overheard the word ‘Fortnite’ being used frequently in your home or even on the playground of your child’s school. If you haven’t yet heard about the latest gaming craze, you may soon. The latest gaming craze took the world by storm, overnight. Every so often a game can come along and captivate the world of children, teens and adults alike. In comes Fortnite: Battle Royale. According to multiple reports, the game has already generated $223 million in March of 2018 alone. The latest update of the game occurred just recently in May -— with a new theme and skin outfits for players to choose from —.

Fortnite is an online virtual game, that mixes the premise of Hunger Games with a MineCraft functionality. It is a game that sees a 100 players leaping out of planes onto a small island, fighting till only one player is left, and deemed the winner. You can build structures, find weapons and trinkets, dance like no one is watching and explore the island landscape around you. As the game continues, the land around you shrinks, forcing players to get closer and closer, so that battles ensure and the last remaining player is the winner. While the game is free, there are many in app purchases, made with V-Bucks, to be bought, such as skins and accessories. Skins are the outfits/people the players inhabit and wear.

The game can be played on PC,  Xbox, PlayStation and now mobile phones.

For bewildered and helpless parents, who may be worried that this game has swallowed their children, especially since the mobile phone version was released in late March, here’s some information that may help.

Why is it so Popular?

The main reasons for its surge in popularity is that the game itself is free to download, its multiple player and has a strange and silly undertone of humour throughout. It’s graphics are cartoon-like, the accessories players can wear and purchase are borderline absurd (such as dinosaur outfits and space suits), with players enabled to learn the latest dance moves for their players (such as the money dance, dab and the viral dance video of Floss Dance—If you haven’t seen this already click here). This means, that the game is not only fun to play, but it is exciting and engaging to watch as well. The players of this game also love the fact you can team up with your friends, or virtual friends and compete as duos or in a squad, adding a social element to the game. Participants can even chat through headsets, and message through a thread whilst playing. Additionally, the makers of the game are constantly adding new intriguing features and updates weekly.

As a parent should I be worried?

It is bewildering and worrying to see your child or teen completely consumed in a virtual game. You may be worried what the repercussions of such a game could have on your child’s brain. Let’s start with the good news. Whilst Fortnite is essentially a shooting game, the graphics are not life-like or high definition. Although players may be hurting one another, there is no blood visuals to depict injury or death. In contrast the visuals are bright, comic-like and friendly, creating a non-threatening and non-realistic virtual world. Shawn Green, from the University of Wisconsin-Madison has extensively researched the impacts of videos games on people and he notes that “there’s really no evidence that playing a violent video game would take someone who has absolutely no violent tendencies and suddenly make them violent.” Additionally, it is a social experience. While the game can be played in 1-player modes, it is often played with friends and “squads”. You may have already had Fortnite parties with your children and their friends, or even walked into the room only to see your child Face Timing their friend and playing. The game is great in the sense that it supports Pre-Frontal Cortex and Spatial skill development. Teams must coordinate strategies, alert teammates to threats, whilst cheering for one another and trading social banter. Fortnite is also a great way to connect with and ‘be’ with your child. Many children and teenagers can’t get enough of talking about the game and all its funny, novel nuances. Therefore, Fortnite can be the perfect way to enter into the world of your child or teens life.

Now for the bad news. Too much of anything is good for nothing. The game itself is addictive, and consumes and captivates its audience. The part of Fortnite that is extremely addictive, besides its fun features and weekly updates, is that it incorporates the element of luck and chance. The same principles with gambling applies to any addictive habit. If you believe that good fortune is around the corner or moments away, it’s hard to walk away. Players of this game get drawn into the “Near Miss” phenomenon, which makes people feel like they’ve just missed out on winning versus perceiving the loss, creating the urge and need to continue playing so that they can ‘win’.

How to limit play-time without being the bad guy

It will be important to limit time playing –especially if your child has a habit of siting on it for endless hours. It is important to be a consultative parent, as opposed to being authoritative. In the consultative approach, it is important that you start any discussion with the intention that neither you or your child is ‘right’ or ‘wrong’. Successful conflict resolution involves both parties feeling heard and comfortable with the outcome. Therefore, focus on your teen being comfortable with the decision reached. The messages we send to our teens now will impact the way they view themselves, and how they begin to develop their ability to make decisions. It is important to project belief in our children that they are trusted, that we believe they can make helpful choices, that they are empowered within their lives.

Parent: I noticed today that we were having a lot of arguments around the Xbox. I don’t want that, because I love you and don’t think it’s good for either of us to be unhappy. What are your needs around the using the Xbox?

Child: I want to play with my friends on the weekend and after school.

Parent: Oh ok. Its an important family value to be balanced. Ideally we could balance the Xbox, being with the family, doing your homework, any chores you have and being active outside. Do you think we could come to some sort of solution that could meet both of our needs?

Then, LISTEN to your child. He or she may have a better idea to solve the problem

than you could have come up with on your own!

You can also use rewards to reinforce behaviour. After you consult your child and decide what is fair together, they may be desperate for a new skin (player outfits that need to be bought within the game), use this as your carrot. If your child is compliant with the gaming boundaries for a period of time, use this as a reward.

This site uses Akismet to reduce spam. Learn how your comment data is processed.

Productivity and what we measure our success on ar

Emotion regulation. It can be difficult for kids o

Sometimes when we are stuck in our anxious over-th

Empathy is a powerful tool a parent can use to sup